Designed and built by Henry Antes in 1736, the Antes House is an excellent example of early German colonial construction and design.

The house was the site of frequent evangelical and political meetings held to promote understanding among colonists of different religions, cultures, and races. The Moravian school established here is recognized as one of the first interracial nonsectarian schools in the state of Pennsylvania.

As early as 1963 an informal assembly of interested persons that would later incorporate as The Goschenhoppen Historians, Inc., took an active interest in the house and began working cooperatively with the Girls Scouts of Philadelphia who owned the property, and the Antes Family Association.  The Goschenhoppen Historians acted, in large part, as stewards of the house until, after twenty-five years of endeavor, they became owners and immediately undertook stabilization of the structure and planning for its restoration. The Henry Antes House, notable for its remarkable state of preservation and unusual features such as the massive central fireplace, the two-story attic and the liegender dachstuhl trusses,  was designated a National Historic Landmark on April 27, 1992.

This living history museum was developed to interpret the lifestyle and tradition of a prosperous mid-eighteenth century plantation.  At the annual Folk Festival, women prepare traditional Pennsylvania German foods in the massive fireplace of the home.  Bread is baked, and apples are dried, in the restored bake oven which is between the house and the large Pennsylvania German garden.

The Henry Antes House is open for tours during the Goschenhoppen Folk Festival which is held each year on the first full weekend in August.

The house is also open for special tours by request.

Please enjoy this video filmed several years ago at the Festival.

Map - The Folk Festival at the Antes Plantation 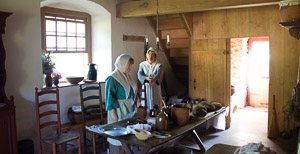 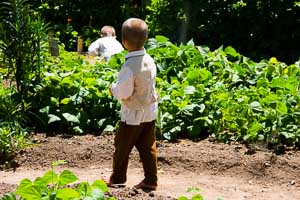 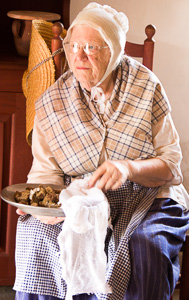 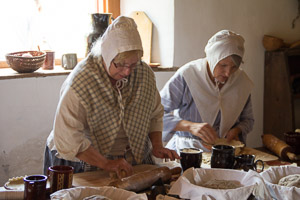 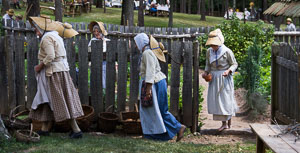