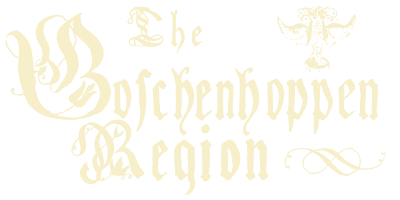 The first issue of The Goschenhoppen Region was published on Peterkett (St. Peter in Chains Day), August 1, 1968.  It launched a series of articles called Der Kiche Dribbel (The Kitchen Dribble).  This is “an old Pennsylvania Dutch term originally referring to a male helper or chore boy in the kitchen when large meals had to be prepared, especially on funeral occasions.  By a more liberal interpretation, one who ‘dribbles around’ in the kitchen, accomplishing many things, however accomplishing them in a rather unorganized or haphazard way.”

That first issue included “Hearth Baked Rye Bread”, by Nancy Hasson.  Current members of the Historians and visitors to the annual Folk Festival know her as Nancy Roan, wife of the late Donald (“Abe”) Roan.  Nancy is a life-long student of the traditions of Pennsylvania Dutch cooking and tablelore in Goschenhoppen and served as the culinary editor of The Goschenhoppen Region.

Please enjoy the article as it originally appeared in The Goschenhoppen Region in 1965 below or read a transcription. 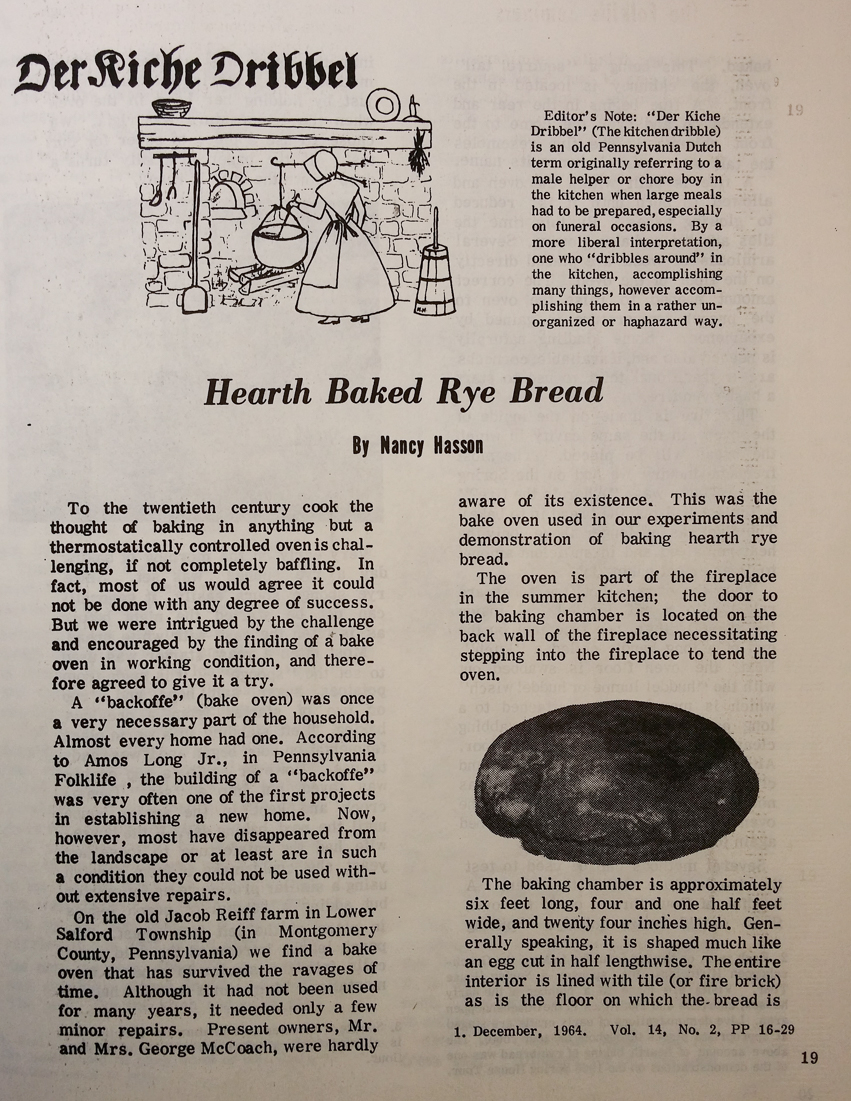 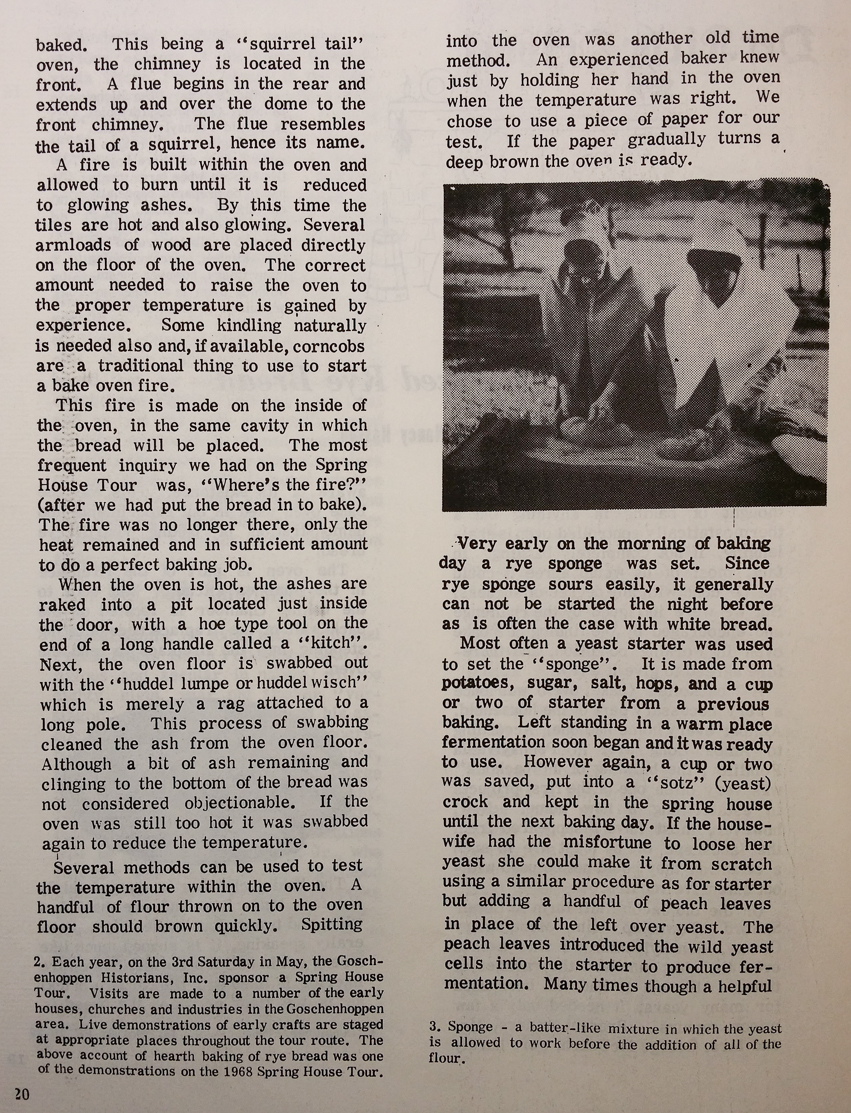 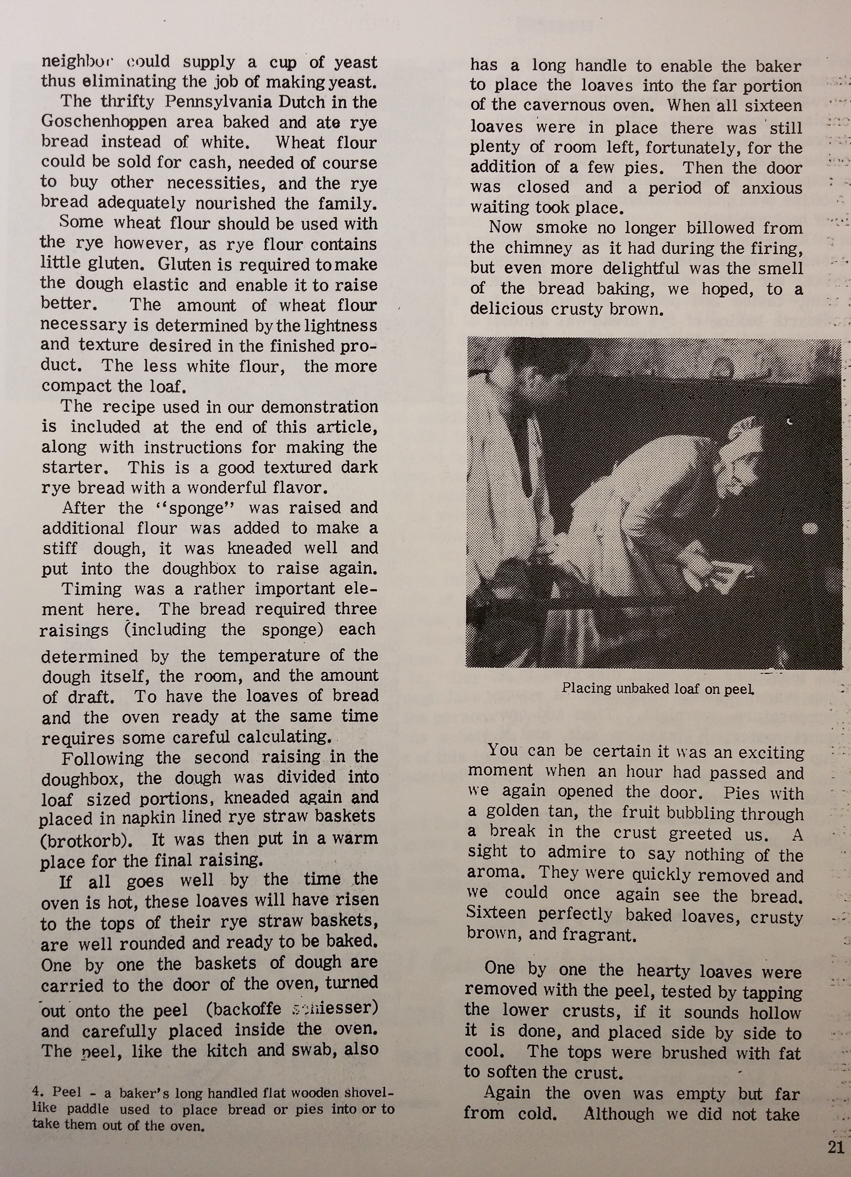 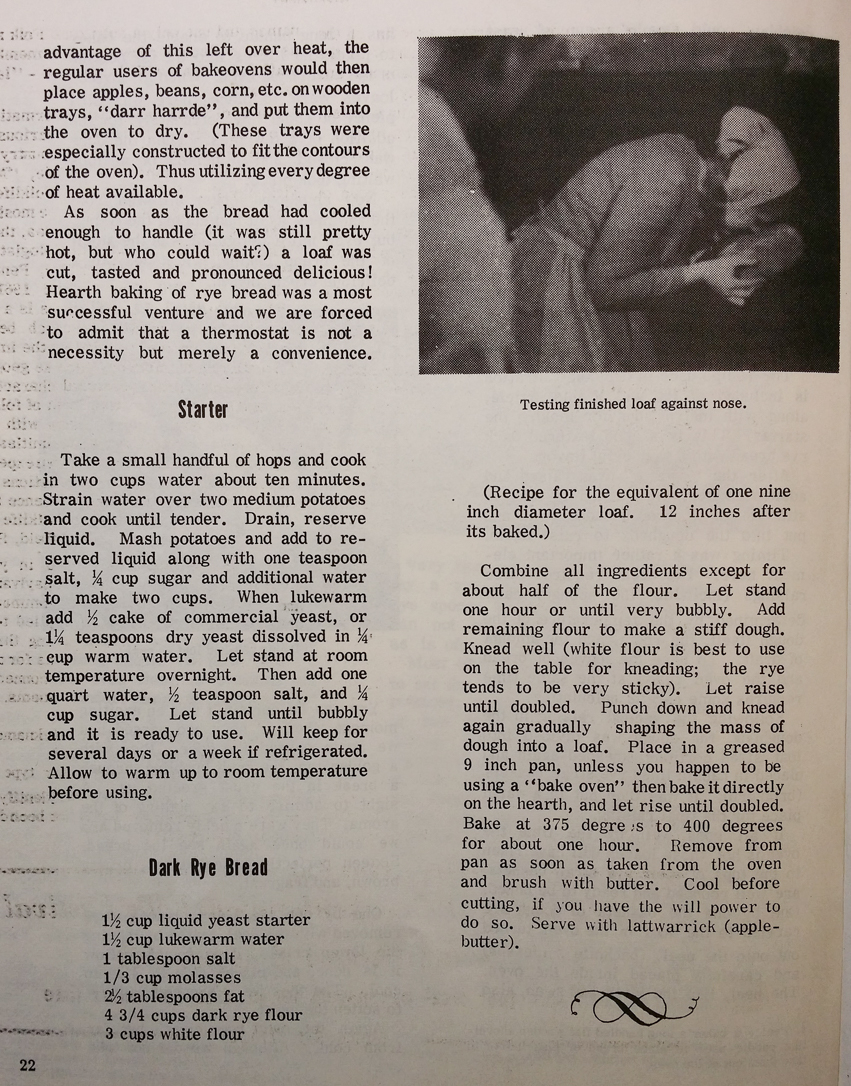 The first issue of The Goschenhoppen Region was published on Peterkett (St. Peter in Chains...

"Ein Herzliche Wilkommen"———A Hearty Welcome The Goschenhoppen Historians are pleased to announce the inaugural posting of its new...