The Improved Order of Red Men: A History

The Improved Order of Red Men was established in Baltimore, Maryland in 1833.  Its roots, however, go back to the patriotic societies of the Revolutionary Era.  The Sons of Liberty used American Indian disguises as did the Society of Saint Tamina.  During the War of 1812, the Society of Red Men was established at Fort Mifflin on the banks of the Delaware River.  The society quickly spread to other states and became a benevolent fraternal society.

Join the Goschenhoppen Historians on Thursday, October 21 for an illustrated presentation on the history of the Improved Order of Red Men.  Ed Johnson, president of the Historians, will trace the organization from its earliest roots.  The program will begin at 7:30 p.m. and refreshments will be served.  Please be prepared to wear a mask. 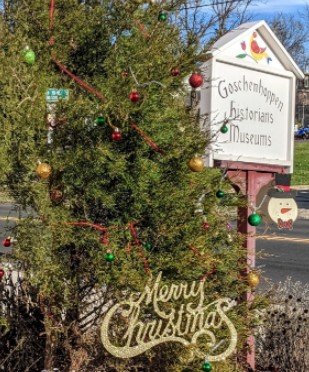 The Goschenhoppen Historians Christmas Market is happening this year!

The Market will be different, but our willing spirit continues.

Decorated trees will be outside for you to enjoy.

A generous selection of the member's favorite Bake Sale items are available.

Our members are most important to the organization. Keep safe and stay well as you prepare for the holidays ahead. 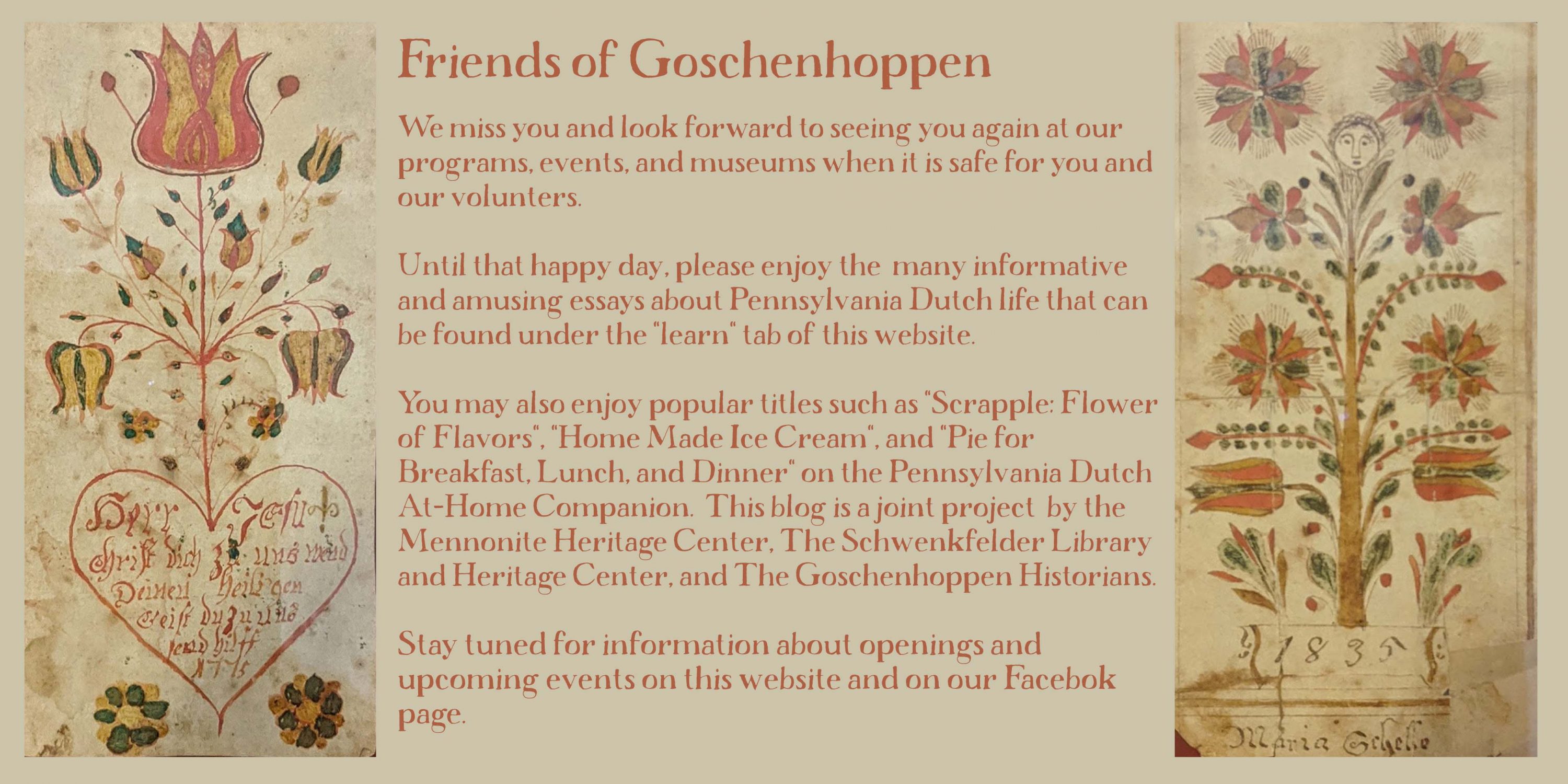 The Goschenhoppen Historians, Mennonite Heritage Center, and The Schwenkfelder Library and Heritage Center have come together in these most unusual times to bring you a very special blog

"The Pennsylvania Dutch At-Home Companion".  It is filled with gardening advice, recipes to savor, and activities to enjoy while you and your family are together at home.

Please visit the blog at https://padutchcompanion.com/ to learn how things were done in the past...and then give it a try yourself today!