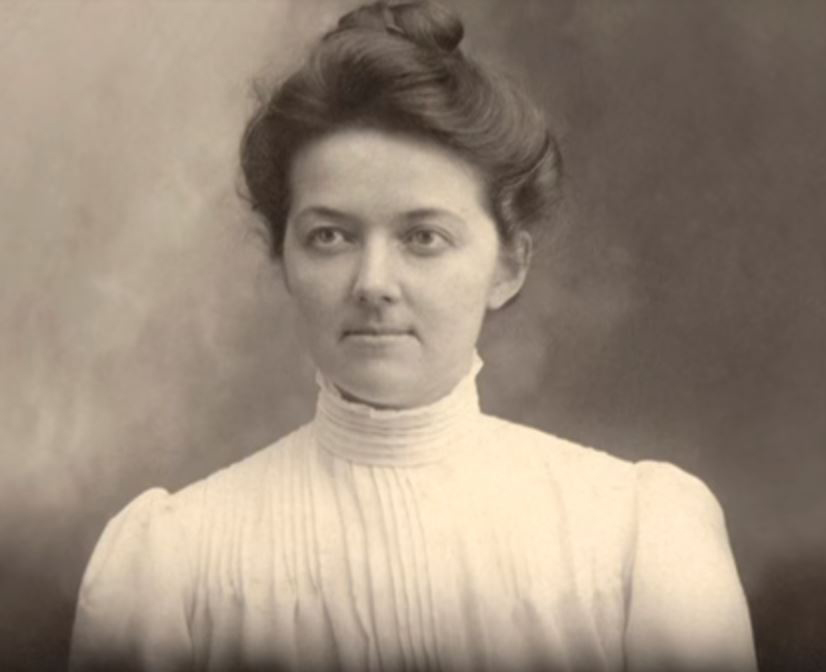 The March meeting of the Goschenhoppen Historians will feature a presentation on a previously unknown and fascinating piece of Annie Funk memorabilia by the retired pastor of the Hereford Mennonite church, Robert Gerhart. Originally scheduled for the November, 2018 meeting, and looked forward to by many, it was canceled due to a snow and ice storm. Many in the Goschenhoppen region know the tragic story of Annie Funk. Born in 1874 to a Mennonite family in Bally, Annie Clemmer Funk went on to attend the State Normal School in West Chester and the Northfield Bible Training School in Massachusetts. After graduation, she worked first with a Methodist group among disadvantaged African Americans in Chattanooga, Tennessee, and following that as a YWCA staff member in Patterson, New Jersey, where she worked with young immigrant women.

Throughout this period of service, Annie dreamed of being a missionary and her wish was granted in 1906 when she received a posting to Janjgir, India in 1906. She was the first single female Mennonite missionary to be sent abroad and by mid 1907 had started a one-room school and hostel for young girls of lower caste, hoping, through education and training, to give them an opportunity to improve their lives. Progress was slow but Miss Funk became fluent in Hindi, thereby winning the admiration and trust of local officials and her initial class grew to 17 girls. In March of 1912 Annie received a telegram from her pastor back in Bally to return home on furlough as quickly as possible as her mother was gravely ill. Her church had arranged for her passage. Arriving in England she found that her onward passage to America had been delayed two weeks and she found a ship for slightly more that was leaving immediately on its maiden voyage: the Titanic. Annie celebrated her 38th birthday aboard the Titanic and three days later was lost at sea with over 1500 others.

While in Janjgir, Annie was supported in many ways by her tightly knit Mennonite community back in Bally, Pennsylvania. She frequently wrote to family and friends describing her life in India and her hopes for the future of her school and its students. In return she received detailed news from home, keeping her abreast of happenings there. On both sides of the world much of this correspondence was saved by the recipients and as it slowly came to light over time has provided a vivid picture of life in the early 20th century both here in the Upper Perkiomen Valley and in rural India. Annie’s home community got together and sent her a Page-A-Day Calendar for her use in 2009. Each day had been provided with a hand penned message. Annie’s calendar never did appear until Pastor Gerhart was fortunate enough to discover it, and its time capsule view of that period is the subject of his interesting program.

Pastor Gerhart’s program will begin at 7:30 PM on Thursday, March 21, 2019 at Red Men’s Hall, the Goschenhoppen Historians’ headquarters, located at 116 Gravel Pike (Route 29), Green Lane, PA. There is no fee and the public is welcome to attend. Refreshments will be served during an informal get-together at the conclusion of Mr. Gerhart’s talk. More information can be obtained at 215-234-4119